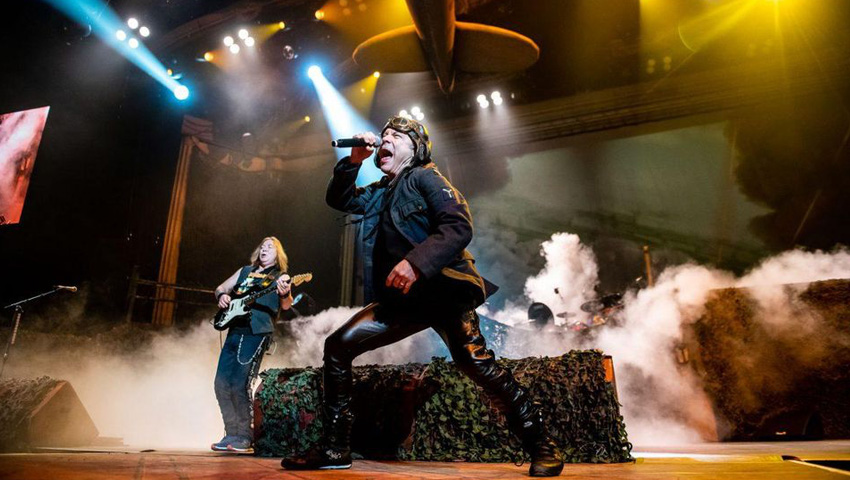 Posted at 18:24h in Game, Iron Maiden, Tour by WebmasterCruz

Weeks after touching ground in America in July of 1981, Iron Maiden made its New York debut at The Palladium on E. 14th Street. For four nights, the young musicians performed tracks from the band’s eponymous debut record and subsequent classic, Killers, while opening for British heavy metal pioneers Judas Priest.

Thirty-eight years later, the band stormed the stage for two consecutive nights at the Barclays Center in Brooklyn. Just days into the Legacy of the Beast tour, Iron Maiden pummeled through decades of hits among an evolving assortment of stage props, thematic backdrops and pyrotechnics. Maiden frontman Bruce Dickinson’s voice soared to the rafters as he navigated every inch of the stage, but not without changing his attire for each song’s theme — from fighter pilot goggles to the parka of a swagged out Arctic soldier.