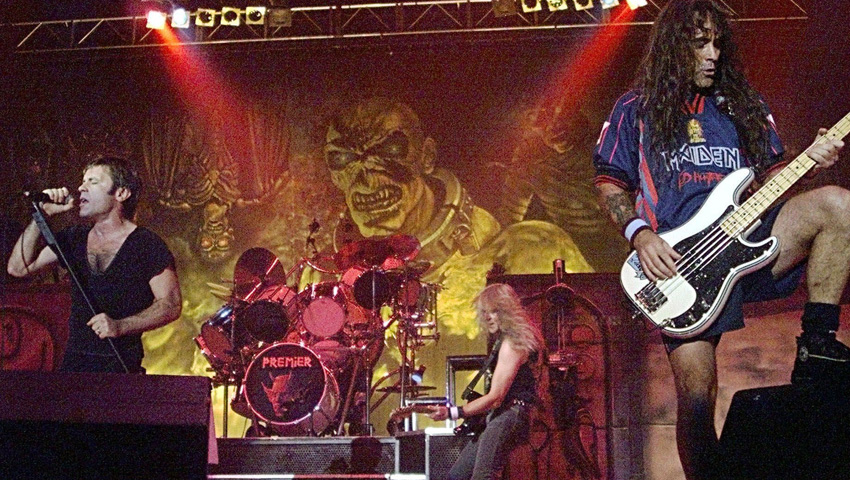 Posted at 18:23h in Iron Maiden, Tour by WebmasterCruz

You’d be hard pressed to find a heavy metal band as prolific as Iron Maiden.

Now, Iron Maiden brings its “Legacy of the Beast” tour to Jiffy Lube Live on July 24.

“We’ve already been over in Europe with this tour last year and it was wild,” drummer Nicko McBrain told WTOP. “The stage set is the biggest production we’ve ever done. It’s based on the ‘Legacy of the Beast’ mobile app game. What we’ve got in relation to the music is the visuals. We’ve taken three different realms from the game.”

That includes three distinct visual themes on stage regarding their mascot Eddie.

“Eddie goes through this journey through all these different realms,” McBrain said. “The stage set starts off with a war theme, so we’re in a cathedral in ruins, then we go to the second realm with the cathedral in all its glory, then the third set is hell. … We’re old school, so we like the artwork, we’ve got lots of lovely drapes, fantastic fireworks. The problem is that we let Bruce [Dickinson] loose with a couple of flame throwers, so if I play a song a little too quick , guess what I get? It’s like toasting a marshmallow, mate!”

What songs can we expect on the set list?

“You get the stable diet: ‘Hallowed Be Thy Name,’ ‘Iron Maiden’ obviously closes, ‘Number of the Beast,’ ‘The Trooper,’ those are the main staples,” McBrain said. “Then we’ve got a couple of nice chestnuts thrown in, for instance, ‘Flight of Icarus’ we have not played that song in 30 years. Or, 29, because we played it last year on tour!”