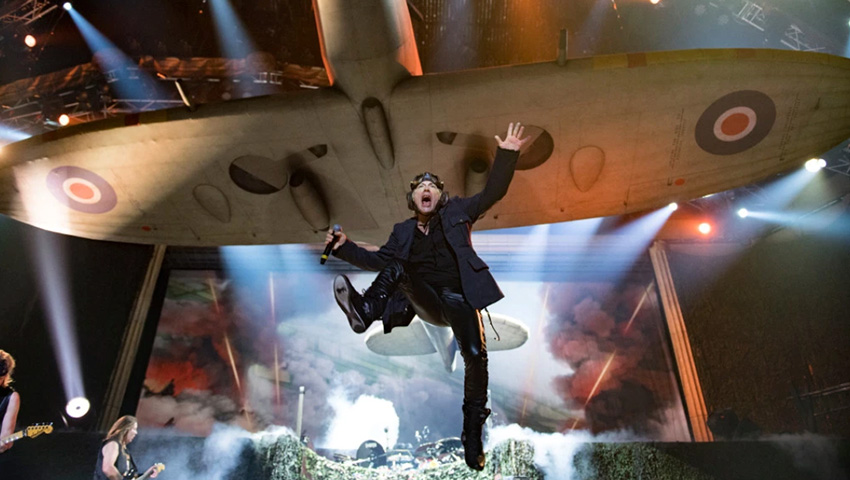 Posted at 19:44h in Tour by WebmasterCruz

Playing heavy metal at breakneck speeds and ear-splitting volume is challenging enough. But how about doing it while surrounded by flamethrowers, a swooping fighter jet and a giant, ghoulish mascot named Eddie lurking over your shoulder?

For the members of the legendary British heavy metal band Iron Maiden — which brings its over-the-top “Legacy of the Beast” tour to Barclays Center Friday and Saturday — it’s just another day at the office.

“It’s great fun. It’s probably the biggest production we’ve ever had,” Maiden guitarist Adrian Smith, 62, tells The Post. “We have all the props; it’s all linked up to the ‘Legacy’ video game. But as far as playing goes, you’re onstage concentrating on the music. Ironically, you don’t get to see the production, really, but the audience does. But playing a guitar solo with a Spitfire hanging over your head is quite fun.” …..