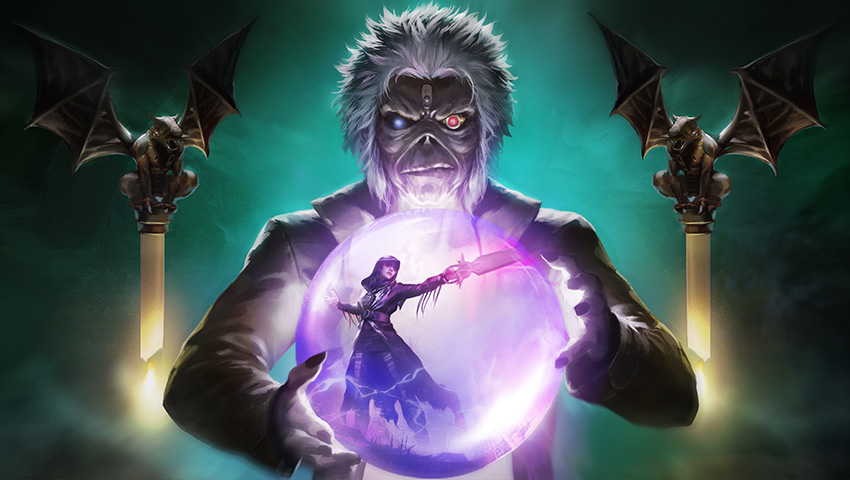 Posted at 20:50h in Game, Iron Maiden by WebmasterCruz

For a limited time, Lacuna Coil singer Cristina Scabbia will be featured as an obtainable character in an event within Iron Maiden’s popular Legacy of the Beast mobile game.

The partnership with Lacuna Coil is just the second in-game band collaboration in the turn-based game where users power up certain characters, each with their own class types and specialties, and take a select number into battle in an attempt to best the foe in a wide variety of combat-related worlds and events.

Previously, Amon Amarth were the stars of the in-game collaborative experience with the viking seen on their Berserker album cover featured as part of the ‘Viking Invasion’ dungeon.

Scabbia’s character, dubbed ‘The Shadow Sorceress,’ can be unlocked by playing the ‘Search for the Black Anima’ dungeon, which opens on June 7 at 5PM PT and is available for just one week. Gamers will have an opportunity to earn the character through July 5 through other opportunities, however.

A trailer, where fans can view more renders of this ‘Shadow Sorceress’ in addition to watching Scabbia explain her longstanding Iron Maiden fandom, can be seen below. She also makes her picks for her three favorite Maiden records — Powerslave, Piece of Mind and Seventh Son of a Seventh Son — and reacts to seeing herself as a playable character in the game.